The minimalist approach of Gabriel Roth

"Show me a computer that sounds as good as a tape machine and I'll use it." 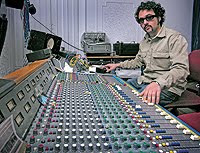 The 'vintage' sound of artists like Sharon Jones & The Dap-Kings and Amy Winehouse has little to do with super-expensive valve gear. Instead, it's the minimalist approach of house engineer Gabriel Roth that sets the tone.
Gabriel Roth is no ideologue. He says, flat out, "Show me a computer that sounds as good as a tape machine and I'll use it." Gabriel is the audio architect of the evocative Motown/Stax-infused tracks behind Amy Winehouse, as well as those for the extended musical family for whom Daptone Studios and Daptone Records are the hub, including Sharon Jones & The Dap-Kings, the Daktaris, the Soul Providers and the Sugarman Three, the last eponymously named for Gabriel's partner in the label and studio. 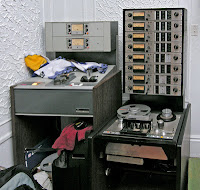 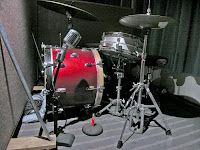 When you hear Winehouse's 'Rehab' or Jones' 'Nobody's Baby' you experience a shift in time and place — you're suddenly in Detroit in 1965 or Memphis in 1962. In reality, you're in 21st-century Brooklyn, in a ramshackle house in the Bushwick neighbourhood, one of the last holdouts against the decade-long gentrification of that borough. Daptone Studios occupies a floor in the rambling residence that Gabriel and the Daptone collective have remade into a haven for that sound. However, Roth bridles a bit at the term 'retro'.
"We're not doing a purposely 'retro' thing," he says. "It's not about an ideology. Some people say that there hasn't been a good record made since 1973, and I pretty much agree with them most of the time. But I'm not listening to the old soul records and taking them apart clinically. It's more like a kind of informal schooling. You listen — listen for where the horns bite and the crackle of distortion on a vocal. You don't want to imitate it; you want to let it influence you. One of the things you learn is that sometimes mistakes are what make a track sound great. Music should not be perfect or correct. When we play and when we record, we're looking to find what makes us feel good. We're steeped in those old records, but we're not consciously trying to remake a record from 1962."
Read on here ! .
Gepost door rozariomusic op 13:20