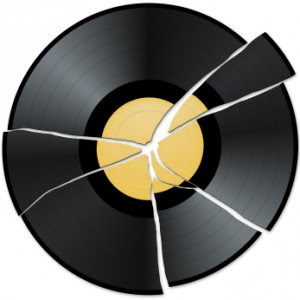 Uhm.......food for thought ?
Every hour of every day, there’s a talented musician somewhere on the planet who makes the decision to put their artistic side on the back burner in favor of a more stable career. Although they vow they will pursue music in their spare time, just this simple mindset shift could mean that writing songs and playing gigs will always take a back seat to almost everything else in life.

In a way, it hurts too much to do music when you make this decision because it reminds you of all the dreams you had and gives you the feeling of being a failure. Even the most committed musicians can be ground down to nothing after years of playing empty shows and sending out hundreds of demos with no reply. But once you start to recognize the common mistakes you’re making, you will be able to avoid them and get on with the real work of consistently creating music that your fans will appreciate.
Read on here . 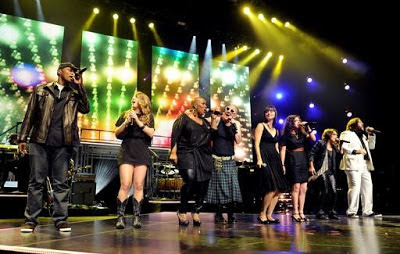 With most bands of the 70s or 80s, you formed a band, you wrote some songs, you then got a gig and then you maybe made a record if you could afford it.
The very, very last thing which could have happened would be for you to maybe make a video or go on telly.
Now people want to go on telly first, then they want to make a record, then they suddenly want to write songs, then they want to form a band and then they want to be photographed with a guitar to make them look real.
That's exactly the opposite way to how we approached it in The Housemartins and how it was done in my era.
Read on !
Gepost door rozariomusic op 14:07 Geen opmerkingen:

Welcome in the world of apps and internet tools for ' musicians'. There are hundred of trillions apps out there. But if you need these type of things......
chord progression tool
chord progression generator
Or this one : " For Music Composers " , i'm tellin' you, quit your attempt to be a composer.
Chord Scale Finder for Music Composers
..........you better stop trying to be a musician. Or, learn to play by ear, learn musictheory and listen to the Masters, copy their lines and write them out. Analyse songs and chordchanges. And practise, practise, practise !
Charlie Parker quotes
Wynton Marsalis quotes
Interview with the legendary master of jazzguitar Jim Hall

Oh yeah, some talent and creativity may be involved.You can't buy those. But solutions here :
What If I Have No Talent?
Learning to play music when you have no musical talent.
How to Become a Rockstar
How to Choose a Musical Instrument to Play
How to Learn to Play an Instrument 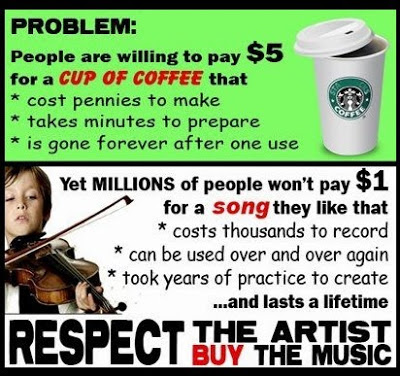 In this clip, Martin explains why “quitting your day job” is no longer the measure of talent and success. In fact, it is often times beneficial to your music career to still have other employment. Why? Check it out here .

What to Do After Your First Show: A 10-Point Checklist for Success

You read our advice on how to book your band’s first show. You booked the gig. You practiced. You played the show and rocked it! But now what?
Read on here !

Our hero has some advice for all of those thinking of becoming musicians.
Gepost door rozariomusic op 14:07 Geen opmerkingen: